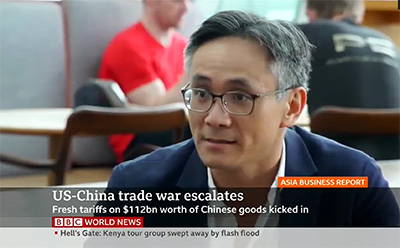 Stanley fears that no one knows where the trade war is going, and he wouldn’t be surprised if President Trump one day decides to slap tariffs on Vietnam or even impose an embargo on some country that has fallen out of favor.

He also observes that factory closures in China are nothing new, because Chinese costs have been rising rapidly and production has been moving offshore. The trade war has only accelerated the pace of such factory closures.

Click here to hear a podcast of an abridged version of Stanley’s interview. (Trade war portion from 0:48 onwards)